Why Your Business Needs a Mobile-Friendly Website: 10 Statistics You Should Know

On her daughter’s birthday, a friend and her family went to a pizza house to celebrate. One of the crew members offered her a free rewards card that would also shave 10% off their total purchase. Not one to shy away from a bargain, she accepted the offer. A penny saved is a penny earned, after all.

Eager to try if the card’s “buy one, take one” promo for deliveries worked, she whipped out her mobile phone the moment they all got home and navigated to the pizza house’s web address. She got there alright. So far, so good.

But when it came time to place an order, the page on her smartphone’s screen went all wonky. For some reason, the box where she needed to input her card number wouldn’t stay put, stubbornly insinuating itself on the lower half of the screen no matter what she does, making it impossible to even type in anything.

After several futile attempts, she gave up in frustration. The pizza house’s website was clearly not mobile-friendly, resulting in an order gone forever and possibly still a seething customer.

The continually growing clout of mobile

Mobile usage is on the rise, and you need not be a statistician, data analyst, or some number prodigy to figure that out. Literally everywhere one goes these days – in restaurants, on the train, at the waiting room in the doctor’s office, inside a bus, at work – are people tinkering with the apps on their smartphones, swiping here and there, texting, calling, listening to music, watching movies, videoconferencing, checking their bank balances, shopping online, zapping zombies, or catching whatever is the latest thing that needs catching.

In fact, the growing prevalence of online shopping through smartphones has now been dubbed “m-commerce” and is seen to potentially “become a major channel for shopping,” if only the mobile shopping experience isn’t such a nightmare, according to a Business Insider article.

Case in point is our botched pizza online shopping example above.

Statistics to make the case for a mobile-friendly website

Interestingly, despite the glaring ubiquity of handheld devices and the mobile internet, many companies fail to keep their websites mobile-friendly – 23% of small businesses with a website, according to a 2016 Clutch.co survey.

As such, we’ve compiled statistics that will, perhaps, convince you that a site’s mobile-friendliness isn’t something to continuously push to the back burner:

Whether you like it or not, the coming days, months, and years will see an increasing surge in mobile internet usage, not just to find information online but also for shopping. As such, don’t be that business with a site people won’t bother revisiting just because you’ve forgotten to make it suitable for mobile browsing or purchasing. 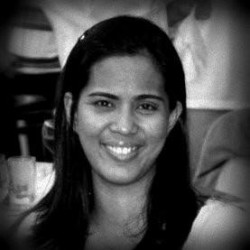 Maricel Rivera
Maricel Rivera has been helping software companies and other online businesses create and market their content since 2012. She's on Twitter and LinkedIn.